The last few weeks have been crazy busy. With the semester coming to an end, a tidal wave of assignments and exams have made riding pretty much non-existent in my life for the past few weeks. It has also made finding time to post almost impossible!

Before I get into the details of the show, I have to share a picture and a video from when I got to come home and watch Dies school before the show last week! My awesome trainer has been working really hard on developing his adjustability and putting him over some bigger fences to raise his confidence. It was the first time I have seen him go over anything higher than 2 ft. Of course, my trainer is amazing and made him look like a seasoned pro. Enjoy the cuteness!

If I had to pick a theme for this show in one word, it would be “progress”. This weekend was full of so many triumphs and accomplishments for Diesel both in and out of the show ring.

Like any other horse, Diesel has his own quirks that, while endearing in a way, can be frustrating and discouraging to work through at times. Some of our worst enemies right now are his lack of confidence and tendency to become easily overwhelmed. Yes, they are pretty common quirks in younger horses, but boy, are they a doozy! They most often manifest at the beginning of the ride with him starting off very tense through his body and becoming hyper-alert to everything except his rider. In the saddle, it feels almost like you’re riding a fully stretched rubber band just waiting to snap under pressure.

However, he really surprised me this weekend with how well he coped with his insecurities in a busy show environment. There was a definite improvement from the last show. His transition from walking off the trailer to going into the covered arena to school on Friday was much smoother than it has been in the past. Last show, it took around 20 minutes of intense flat work to ease his mind, stop the unnecessary spooking, and get a more relaxed, supple pony. However, this time it only took him 10 minutes to get to that relaxed state of mind and get to work. I’d say that’s progress!

Like last show, I was up bright and early at 5:30 in order to drive to the horse park, tack Dies up, and lunge him to get the early morning sillies out before meeting my trainer at the covered arena to warm up at 7:00 am sharp. This show I got to break out my new Back On Track Mesh Sheet that I got on sale from SmartPak, and let me tell you, I am a believer! After wearing the sheet all night, Dies came out of the stall nice and loose despite the weather taking a 40-degree dip overnight. Of course, I will have to do a full review with pictures, so stay tuned for that in a few days!

He was an absolute rock star on the flat and took home the first-place ribbon out of a large class comprising of 16 horses. He was visibly much more relaxed than he was at the last show, which translated into some really nice, flowy trot work. He is starting to settle much quicker than he used to, which definitely translates into a better performance on the flat. Both of his over fences rounds were really wonderful as well! He put in some great rounds that earned him a first-place ribbon for his first round and a third-place ribbon for his second round. Unlike the last show, he graced us with some flawless flying changes, which in of itself was a huge accomplishment for him! Go Dies! 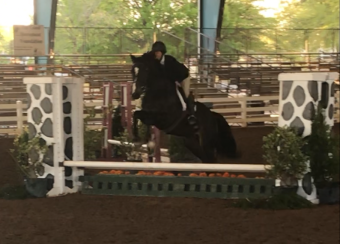 With a first on the flat and a first and a third over fences, he ended up taking home the champion ribbon for the whole division! I was such a proud horse mom!

Showing off his champion ribbon!

Showing off his champion ribbon!

Not only did he do extremely well in the baby green division, but he also knocked it out of the park in the schooling hunter division as well. He ended up placing second on the flat and second in his first over fences course out of 24 horses, which was absolutely amazing!

Dies also put in some really great trips on Sunday, but sadly, the new judge just didn’t seem to agree with me. He was an absolute angel both on the flat and over fences and put in some of the best trips he has had yet even though the ribbons didn’t quite reflect that. Oh well! That’s just how it is in hunterland sometimes! I couldn’t be any prouder of my pony and all that he has accomplished this past weekend!

The next show we have planned isn’t until July. However, that will give us plenty of time to improve and grow! I can’t wait to dive into summer!

6 thoughts on “HJ Fox Show | One Stride At A Time” 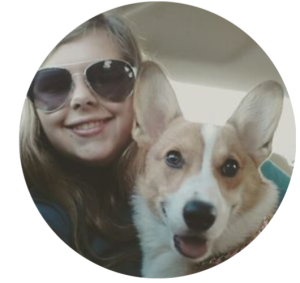